Actress who has called the Bollywood world bye-bye Zaira Wasim ‘S recent long-running Instagram posts are once again in the news. By sharing the latest Instagram post, Zaira Wasim has said a shocking thing that has shocked millions of fans who love him. Zaira Wasim recently released a long Instagram post and appealed to the fans to remove all their photos and videos from social media. She revealed that she herself has digitally removed all her photos. Now she is appealing to her fans to do the same. Many people do not understand this demand of Zaira Wasim. Fans are worried why Zaira Wasim has made such a demand.

What has Zaira Wasim written?

Zaira Wasim wrote in her post, ‘Hello, I want to thank you all for the love and support you got from me. I will be grateful to all of you who have given me love and kindness. I request you once again to remove my photos from your accounts. Also ask other fan pages to do the same. I know that it is very difficult to completely remove them from the Internet. But I can at least request you. I hope you will help me this time as well. I am starting a new chapter in my life. You will definitely help me by doing this.

Followers are also upset over this demand of Zaira Wasim and want to know the reason behind this demand from the actress. After this, his fans raised several questions about this to Zaira Wasim. You can see this restlessness of fans below. 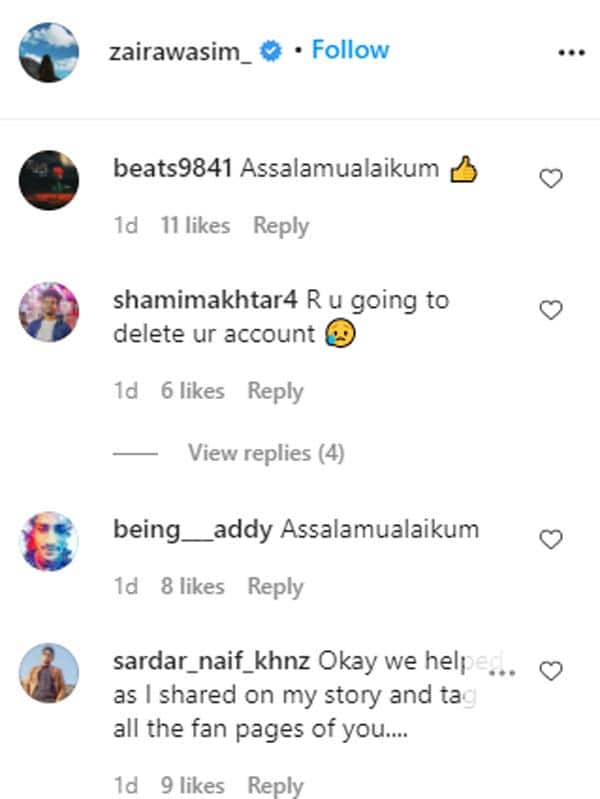 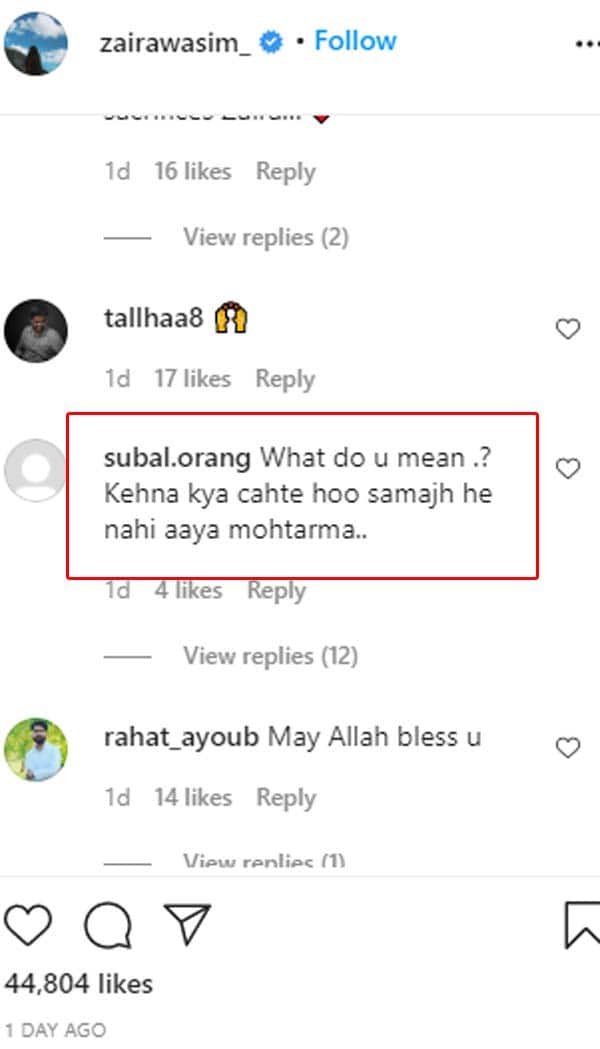 Even before, fans gave a shock

Even before this, Zaira Wasim made fans sleep with one of his posts. Zaira Wasim told last year through a post that she is leaving the world of acting. Zaira Wasim had stated that the reason behind this is that this work is becoming a hindrance in the path of his religion. This decision of Zaira Wasim also disappointed the fans. His statement was a topic of discussion in social media for many days.