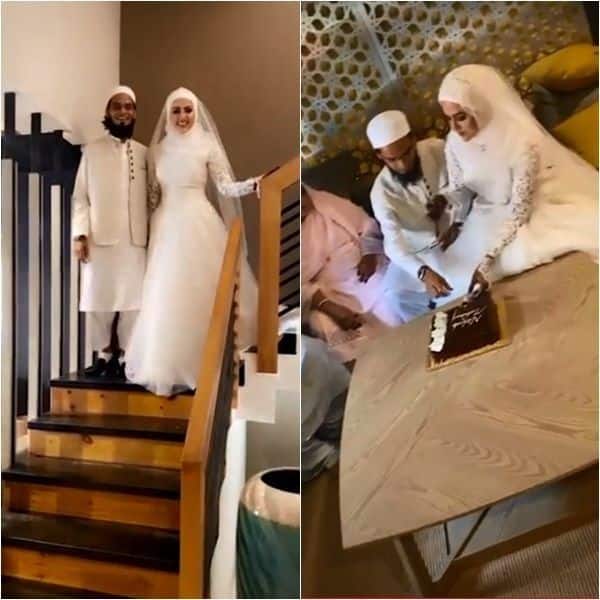 Screen-sharing actress with Salman Khan Sana Khan A few days ago, the fans were surprised by the announcement of quitting acting. Sana Khan is one of the bold actresses in the industry, who suddenly left acting surprised everyone. After this shock, now Sana Khan has given another blow to the fans.

A video of actress Sana Khan is getting viral on the internet, which has revealed that she has married Maulana Mufti Anas. While the celebs of the entertainment industry are surprising the fans by announcing their wedding, Sana Khan has surprised everyone by getting married directly. Sana Khan is seen wearing white clothes in the viral video. Sana Khan is getting constant wishes from fans for her wedding.